The Defra Flood Resilience Community Pathfinders Scheme (2013-2015) was a £5 million, 2 year, grant scheme concluded on 31 March 2015. It was designed to help stimulate innovative approaches to community flood risk management and enable communities at risk of flooding to work with key partners to develop innovative local solutions.

An additional video was produced by Collingwood Environmental Planning showcasing the results and the cumulative impact of the scheme on communities and discussing some of the successes, challenges and learnings of the pathfinders.

These provided an opportunity for pathfinders to:

• share their work, experiences and successes
• consider learning points for the future
• discuss how they could disseminate new approaches more widely
• coordinate activities in order to build on potential for synergies and increased impact and
• reflect on the findings of the evaluation.

They also allowed the evaluation team to address any issues emerging, provide additional support where necessary and review the wider benefits of the pathfinder scheme.

The learning event summary reports are available to download here:

The Defra Flood Resilience Community Pathfinder evaluation was carried out over the entire pathfinder period and reported on the progress made by the individual projects and on the results and impacts of the scheme, identifying lessons for building community resilience in the future.

The evaluation was led by Collingwood Environmental Planning and a team of evaluation coordinators worked with each of the pathfinder projects to understand their focus and priorities and any methods of evaluation they had put in place. More information about the evaluation can be found here.

It included a Rapid Evidence Assessment (REA) to provide an overview and synthesis of the available evidence on the topic to inform the development of an evaluation framework.

Both reports can be downloaded here:

A new report has been produced by Localise West Midlands for Calderdale MBC on the impacts of flooding on the community economic resilience of an area..  This innovative report goes beyond our traditional perceptions and shows how flooding of businesses can have much wider impacts to a community.  Please download the report below.

Flooding – Communities at risk and the Pathfinder experience

Review of the conference

The conference was held to highlight the achievements and learning being generated through the Rochdale Flood Resilience Community Pathfinder project and others within the Pathfinder family of projects. Pathfinder is generating a varied and interesting body of learning including things which have worked well and importantly things which have been less successful and some reasons for that. There is a body of practice and learning which shows inspiration, innovation and also cautionary learning for example around the need to build trust with communities, move away from technical jargon and work towards realistic timescales and ambitions for behavioural change. Pathfinder communities are varied and include communities who have not flooded but have high risk and those who have more recently experienced flooding. The family of projects also has a diverse socio-economic and ethnic profile including many barriers and challenges to step change in resilience including language, affordability, tenure and transience and other characteristics. Pathfinder learning will hopefully inspire further community resilience projects and help ensure that working with and within communities is better informed by a wider community of practice.

The conference also sought to put Pathfinder in the context of national and regional priorities for communities at risk of flooding including the NW RFCC 2030 Vision.
The event was chaired by Dr Terry McCormick of the NW RFCC who set the scene for the day and established a series of objectives for the day: 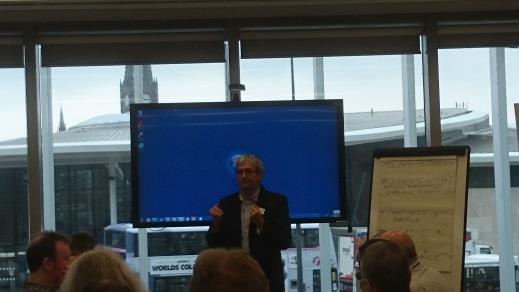 Speakers included Mark Garratt of the Environment Agency setting the scene in terms of the North West vision and Paul Cobbing from the National Flood Forum providing background to the Pathfinder programme and its objectives. 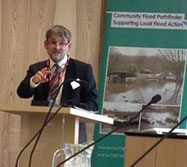 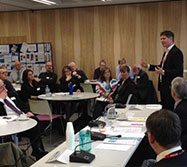 Presentations from projects included Rochdale, Liverpool, Calderdale and West Sussex Pathfinders and additional work being supported by the National Flood Forum in a non Pathfinder capacity in Shawforth, Rossendale. 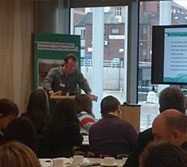 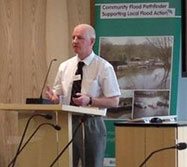 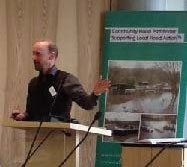 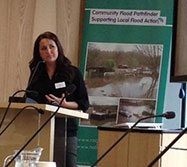 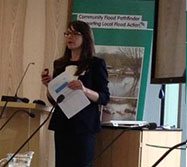 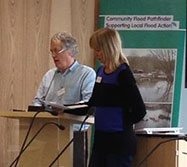 The presentations gave an overview of the starting point for each project and how they had engaged and worked with communities and agencies to increase community flood resilience and provided a diverse body of urban and rural experiences including, property level protection, establishing local flood groups, working with schools and young people and supporting upland management in the South Pennines.

Presentations were followed by an expert panel discussion around community flood resilience and the opportunities and challenges going forward. 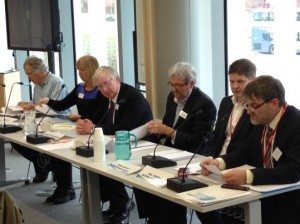 More than 70 delegates attended the conference from a wide range of backgrounds including Defra, local authority officers and elected members, the Environment Agency, community and voluntary sector organisations, other Pathfinder projects and members of at risk communities. 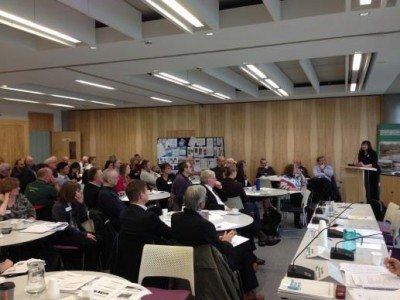 Feedback was overwhelmingly positive and in line with the chairs opening remarks can be summarised as follows:

• Sharing lessons learnt
Many delegates stating they came away from the conference better informed about what community flood resilience could look like and surprised by the amount of activity that is underway or being planned. There was a widely made point that the conference crammed a lot into half a day and that there was clear scope for a further event perhaps involving more input from actual community representatives.

• Communities of practice
Some delegates were keen to take the experience outlined and consider how they could use it in their area. They were also keen in some cases to follow up certain experiences in more detail. There was some additional interest in forming a community of practice around community resilience and how to help achieve it.

• Moving from a pilot to established practice
The body of evidence and practice amassed by Pathfinder was seen by many as in effect a ‘how to’ toolkit that they can take from and adapt as needed.

There was agreement by many that there were some real achievements to date e.g. around establishing flood action groups, creative use of funding streams and the voluntary sector role but it was early days and the test would be longer term sustainability of benefits and behavioural change. 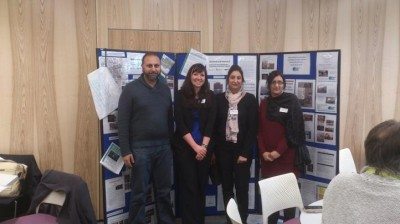 Some members of the Wardleworth (Rochdale) Flood Action Group

Visitors to the conference could also opt to take part in a walk under the culvert on the River Roch with representatives of the Environment Agency/Revealing the Roch scheme. 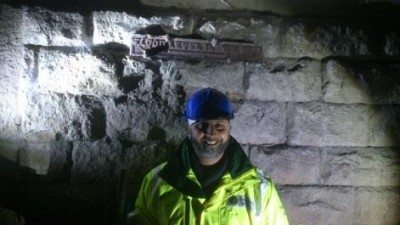 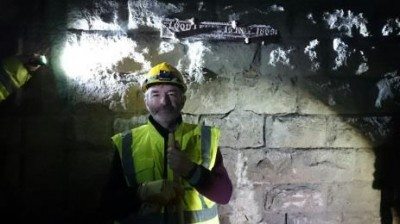